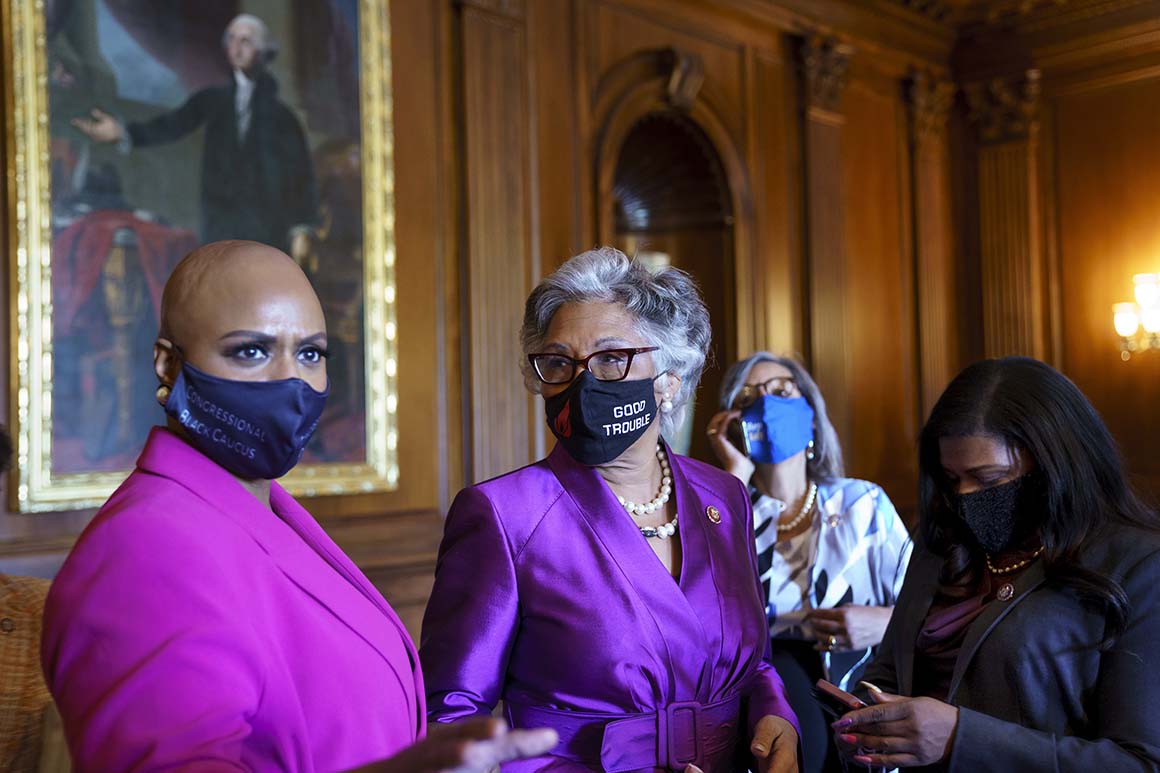 Scott said he was relieved by the guilty verdict reached against Chauvin but that more work needed to be done. His party and Democrats conceded one point on Tuesday night: The long-running gridlock on police reform has become untenable for both parties.

“It’s pretty awful to have the nation’s eyes on a courtroom. It’s up to us to try to stop this from happening as frequently as it does,” said Sen. Chris Murphy (D-Conn.).

Sen. Mitt Romney (R-Utah) put it even more bluntly: “The judicial system worked. But a man is dead. So that’s a very high price to pay. And avoiding more circumstances like this, more events like this, is still a huge priority.”

Romney suggested a return to Scott’s approach, which sought to encourage an end to police use of chokeholds, made lynching a crime and increased disclosure requirements for the use of force. Democrats found that bill relatively toothless and pushed for a more stringent approach that banned chokeholds and no-knock raids.

In addition, senators have reached no consensus on whether to end qualified immunity, a legal doctrine that shields police officers from lawsuits. Eliminating qualified immunity is a red line for many Republicans.

Despite resolve among senior lawmakers in both parties to move forward, it’s not clear Congress can add another divisive issue to its plate. Rep. Karen Bass (D-Calif.), a former Congressional Black Caucus chair and the lead House author of police reform legislation named for Floyd, said it was “extremely important” to reform qualified immunity in any bill that passes Congress.

“If you don’t like qualified immunity, then tell me what we can do to hold police officers accountable,” she said, arguing that Chauvin acted as if he knew he would not be prosecuted or sued. “They have to feel that there are consequences to what they do.”

Bass said she had talked with Scott and Sen. Cory Booker (D-N.J.) about policing reform and hoped to have a bill on Biden’s desk by the end of May, but that there were “no formal negotiations” yet.

Her timetable is incredibly optimistic. Congress is set for a recess during one week of May, and it’s taken the Senate a full week to negotiate a relatively modest hate crimes bill. Senate Majority Leader Chuck Schumer will follow it with water legislation and a U.S.-China bill — and his chamber still has yet to tackle any gun legislation following a recent spate of mass shootings.

Several Republicans were skeptical of their colleagues’ insistence on legislative reform of police conduct. Sen. Tommy Tuberville (R-Ala.) warned lawmakers not to “do something [just] to be doing it.” Sen. Mike Braun (R-Ind.), one of the few in the GOP open to touching qualified immunity, was not particularly optimistic about the path forward.

“As hard as it is to get anything done here, I think it’s still going to revive” discussions, Braun said of Chauvin’s conviction. “If it goes anywhere? I’m not sure.”

Even if the Senate can move forward on a compromise, progressives are likely to push back. Rep. Alexandria Ocasio-Cortez (D-N.Y.) said during an Instagram Live stream after the verdict that House-passed policing legislation is “important” but “not good enough.” The failure to craft a better bill lies with Democratic leaders as well as the GOP, Ocasio-Cortez said.

Both the left and right have used police reform to try to score political points, with conservatives sloganeering that they “back the blue” and progressives calling to defund the police. Former President Donald Trump literally weaponized the issue last year as his administration forcefully cleared a crowd of protesters from outside the White House, and he urged officials to “dominate” protesters.

Even before the verdict was announced, the Chauvin trial itself was politically divisive and spurred incendiary rhetoric. House Republicans tried to censure Rep. Maxine Waters (D-Calif.) for telling protesters to “get more confrontational” and “stay on the streets” if Chauvin was acquitted. Meanwhile, several Republicans criticized Biden for suggesting that there was “overwhelming” evidence for a guilty verdict.

The debate over police reform is only the latest emblem of Congress’ dysfunction. Senate Republicans offered their own proposal led by Scott, but Democrats blocked the measure on the floor. Since then, there’s been little tangible movement toward a strategy that could overcome a filibuster, though Schumer has vowed to put the House-passed policing bill on the floor.

Police reform joins a litany of other issues the 50-50 Senate is laboring to solve amid real-world pressure across the country, like gun control and immigration. But the sustained attention that policing has received since Floyd’s murder, particularly from the Democratic base, means it may be difficult for the Senate to avoid taking up the issue at some point.

“The public has paid so much attention to this. And I don’t know how Republicans are going to think about this … but there’s more impetus on our part,” argued Sen. Sherrod Brown (D-Ohio). “People saw so much about this and saw what good cops do and what bad cops do, knowing most are good cops.”

News on the aftermath of Derek Chauvin’s murder trial

The protests that dominated Washington, D.C. last summer eventually faded away, even though cities like Minneapolis and Portland, Ore., continue to grapple with unrest over police brutality toward African Americans.

Sen. Tina Smith (D-Minn.) said those demonstrations allowed everyone in the country to see that the nation has different standards of justice for white people and people of color. And that if ever there was a “tipping point” to actually do something, she said, it’s now.

“The reason that so many people took to the street is because they could see that [double standard] and they were demanding change,” she said. “So the question here is: Will those demands be heard here in the Capitol? And I’ve got to be optimistic that they will be.”