‘Center of the universe’: Pennsylvania Democrats brace for midterm battle 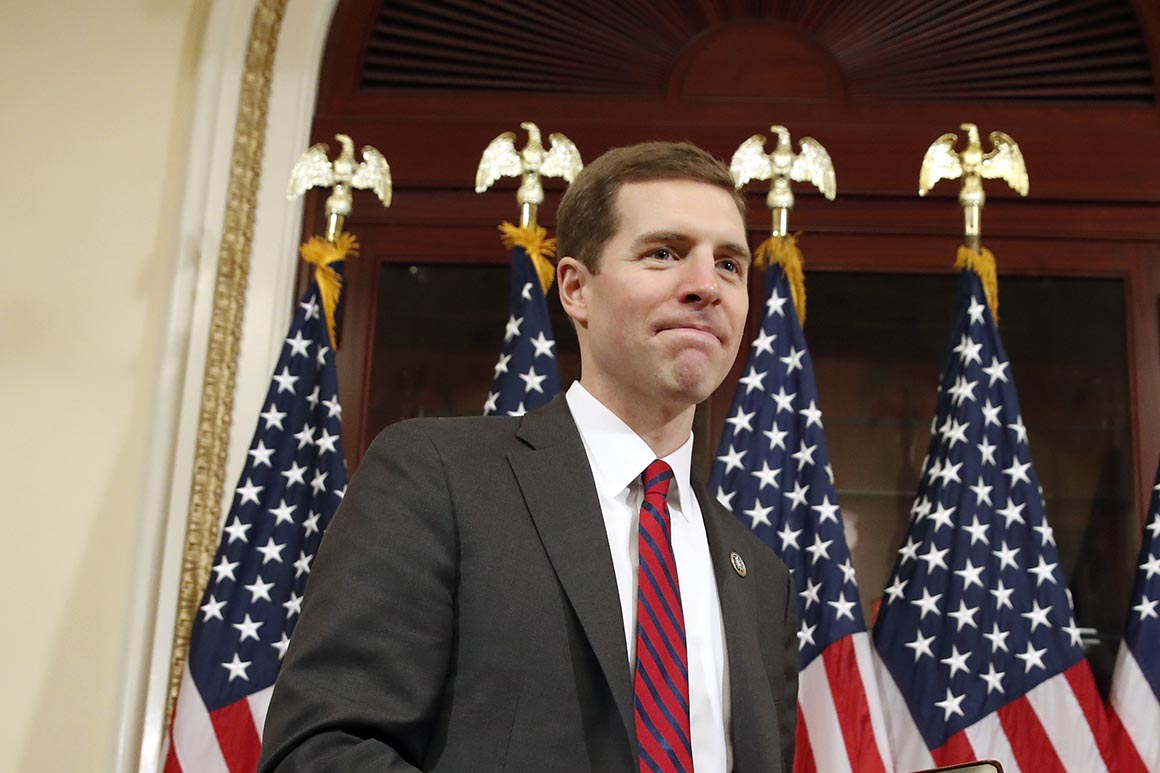 “We are the center of the universe,” quipped Rep. Madeleine Dean (D-Pa.), whose solid-blue seat in southeastern Pennsylvania could get tougher in redistricting. “I think the midterm could surprise us and be very good for Democrats.”

Every House Democrat in Pennsylvania, even in the toughest districts, held onto their seat alongside Biden’s victory in the state last fall. But their narrow margins in those down-ballot races tell another story: Pennsylvania’s most endangered House Democrats — Reps. Conor Lamb, Matt Cartwright and Susan Wild — each won by less than 4 percentage points. Meanwhile, one of the party’s top GOP targets, Rep. Brian Fitzpatrick, won by double digits.

The future of Speaker Nancy Pelosi’s gavel may now depend on how the party fares in a cycle when neither Biden nor Trump is on the ballot. In other words, did Pennsylvania voters like Biden enough to help the rest of his party, or are Democrats finally having a resurgence in the Rust Belt?

“That is the $20 trillion dollar question,” said Sen. Bob Casey (D-Pa.) said in an interview, noting that Biden only won his state by 1.2 percent.

Casey said he’ll be looking specifically at whether Democrats can sustain the robust turnout that Biden generated in the suburbs, and at whether Republicans build on the inroads that Trump made with rural voters in 2020.

“We gotta work really hard,” Casey added. “We have a really good shot based on the work we’re doing here, and the economy I think is going to be in much better shape.”

Then there’s the threat of redistricting. Pennsylvania is losing a House seat in reapportionment finalized on Monday, and the GOP-controlled state legislature is in charge of the map-drawing process. Democratic Gov. Tom Wolf does have veto power, but many members of his party fear that Republicans will find a way to draw maps so unfavorable that they ultimately cost Democrats more than a single seat.

Beyond that one-seat decline due to the new census count, the risk of Democratic losses in Pennsylvania is perhaps greatest in the state’s eastern suburbs. New maps that saddle swing-seat Democrats with more GOP voters from areas such as Berks or Schuylkill counties could make those districts far tougher to hold.

That includes Wild, whose Lehigh Valley district is surrounded to the west by far redder counties, and who’s facing a rematch against a self-funding GOP opponent. That candidate, Lisa Scheller, came within 3.8 points of an upset last year, while Wild won her first race in 2018 by 10 points.

Wild raised $531,000 in the first quarter of this year, the second-highest haul of any member of the Pennsylvania delegation. But Scheller outraised her, in large part because the Republican loaned herself $500,000, according to recent campaign filings.

“I really feel like a huge piece of reelection for me is what I’m doing right now and what I do in Washington,” Wild said in a recent interview in Bethlehem, Pa., where she promoted her efforts to secure relief for small businesses during the pandemic.

The second-term Democrat said her staff wasn’t “thrilled” when she signed up for three committees this Congress, worrying about how she would balance that workload with campaigning duties that accompany a tough district. But, Wild added, “I’m not going to spend my life politicking for reelection.”

Another Democrat along the state’s eastern side could face a similar predicament: Rep. Chrissy Houlahan, in the once-reliably red Chester County, won her seat in 2018 after redistricting changes a few years earlier. But changes to the maps in 2022 could make her seat more difficult to hold, too, since her district is bordered by more GOP-leaning counties.

And Democrats like Cartwright and Lamb are even more at risk.

Cartwright, a rare Democrat to represent a significantly GOP-leaning district, outperformed Biden in the state’s northeastern corner, including the president’s childhood hometown. But the addition of any more GOP voters could hurt Cartwright’s chances. Lamb’s western Pennsylvania district is also very competitive and could be stretched to include more rural voters from the surrounding red counties.

That uncertainty is at least partly a factor for Lamb and Houlahan as they weigh runs for the Senate seat being vacated by retiring Republican Pat Toomey. The Democratic primary for Toomey’s seat is already crowded, even before they make up their mind, and sources close to both candidates say neither has made a formal decision on whether to enter the race. (Lamb is seen as more likely to jump in than Houlahan.)

Pennsylvania isn’t the only state where House Democratic campaign officials are plotting how to avoid painful losses in battleground districts, even though it’s still early in the 2022 cycle. Aware of their difficulties in hanging onto their paper-thin majority, the Democratic Congressional Campaign Committee is leading an autopsy of last year’s down-ballot races, where their party lost 13 seats despite capturing the White House and Senate.

“From where we’re standing, Republicans are in a great position,” said Samantha Bullock, a spokesperson for the National Republican Congressional Committee. “Democrats are on defense here. They’re facing headwinds, both historically and with this socialist agenda they’re going to have to defend.”

Cartwright acknowledged that his 2020 campaign faced serious challenges with Trump on the ballot. Heading into the midterms, he said he’s more focused on the moves he can make on his own — namely, getting back to traditional campaigning after a year of Covid-centered constraints.

“I don’t think about things that I can’t control, or could not have controlled, like the Trump headwinds around here,” Cartwright said in Wilkes-Barre, Pa., during a recent tour of his district to tout the Democrats’ pandemic aid bill.

“The only thing that comes to mind is getting out on porches and doing more retail politics. We were terribly afraid of endangering people if we did that. But in my heart, I believe that it cost us” last year, he added.

Some Democrats say the answer to keeping their House majority is to actually use it, demonstrating their ability to pass meaningful legislation after four years of gridlock under Trump.

Biden’s big infrastructure package, still in the early stages of development on Capitol Hill, will be a huge test of that ability to deliver, Houlahan said.

Many Democrats are also hoping that the upcoming governor’s race also boosts Pennsylvania turnout. The governorship matters more to many of their constituents, Keystone State Democrats said, after Wolf’s handling of the pandemic. Wolf is term-limited, and the race to replace him is wide open.

“The thing about Pennsylvania, the attention is always here,” Wild said.

The Best Spring Dresses from LoveShackFancy