Capitol Police chief: Security will remain high due to State of the Union threat 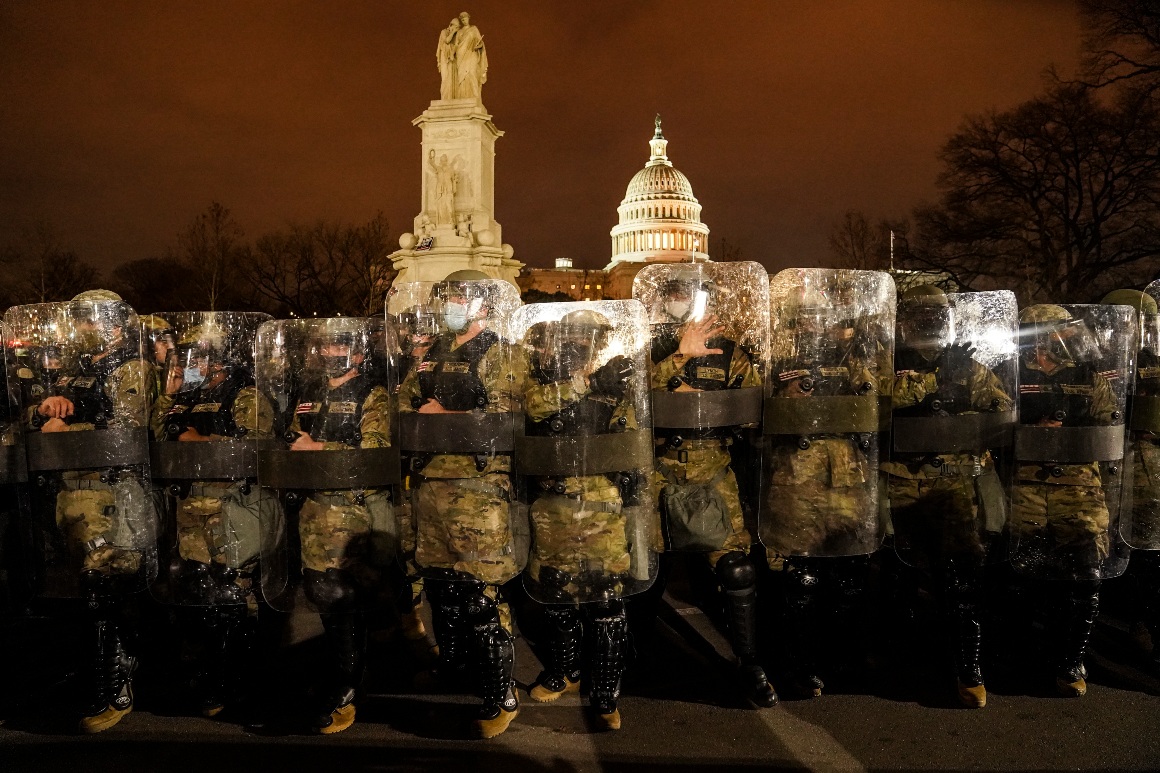 “Based on that information,” she added, it’s “prudent that Capitol Police maintain its enhanced security posture until we address those issues going forward.”

Pittman said existing intelligence has underscored that insurrectionists who stormed the Capitol “weren’t only interested in attacking members and officers. They wanted to send a symbolic message to the nation as to who was in charge of that legislative process.”

While authorities are aware of future attacks being discussed by the militia groups that attacked the Capitol on Jan. 6, it’s unclear how developed or serious the intelligence around those plans may be. President Joe Biden’s first State of the Union address to a joint session of Congress is not expected to be scheduled until after approval of his pandemic relief package.

Pittman, who took over the force after her predecessor resigned, raised the issue after she was pressed by multiple lawmakers as to when fencing, razor wire and National Guard units would be removed from the Capitol security posture. Rep. Jamie Herrera Beutler (R-Wash.) said the enhanced measures “makes the seat of democracy look like a military base.”

The discussion came after Pittman also added new elements to the timeline of the lapses during the insurrection that have complicated the version of events told by Capitol security officials who resigned in the wake of the insurrection. Pittman said she pulled former chief Steven Sund’s phone records and confirmed he reached out to the House and Senate sergeants-at-arms at 12:58 p.m. and 1:05 p.m., respectively. Sund has told lawmakers that he first reached out at 1:09 p.m. — a timeline that one former sergeant-at-arms disputed in Senate testimony this week.

Pittman’s disclosure, made during a House Appropriations Committee subpanel hearing Thursday on the security fallout from last month’s riot, upends the timeline that Sund and other former top Capitol security officials provided to senators about security lapses. And it adds a new layer of confusion about how the communication breakdowns occurred as supporters of Donald Trump stormed the Capitol.

Former House Sergeant-at-Arms Paul Irving told senators he did not hear from Sund until 1:28 p.m. and that no formal request for National Guard assistance was lodged until after 2 p.m. Pittman’s testimony appears to back up the narrative shared by Sund, who resigned shortly after violent insurrectionists threatened the presidential transfer of power.

That discrepancy between former officials’ recollections of their response is an early, defining element of the investigation into the handling of the insurrection. And Sund’s recollection appeared suspect, since video of Irving on the House floor at 1:09 p.m. seemed to confirm his account. But Pittman’s revelation suggests Sund may have reached out to Irving 11 minutes earlier than previously understood — and to Irving’s Senate counterpart, Michael Stenger, a few minutes after that.

Senators have requested phone records from the officials to nail down this aspect of the timeline.

On Thursday, Pittman and acting House Sergeant-at-Arms Timothy Blodgett echoed a refrain first advanced by other former officials to senators: that the security failures of Jan. 6 were the result of inadequate intelligence provided by the FBI, Homeland Security and other agencies, as opposed to a misreading of the available intelligence.

Lawmakers on the panel made clear they’re still furious about the apparent failure of the Capitol Police to fully safeguard Congress. Rep. Tim Ryan (D-Ohio), chair of the Appropriations subcommittee, said he was incredulous that the agency was “so lacking and ill-prepared” for the violence that unfolded that day, particularly when many of the insurrectionists detailed their plans in plain sight on social media.

Ryan also noted that the intelligence security officials had, even if limited, still pointed to a risk of significant violence on Jan. 6. A last-minute request by Sund for more helmets underscored that he anticipated danger to officers, Ryan noted.

“I for one am at a loss to understand how your intelligence report — and then later as the mob walked 16 blocks, growing in size and aggressive demeanor — failed to impact the Capitol Police security posture,” Ryan said.

Beutler pressed Pittman and Blodgett about why House members were left stranded on the House floor even while the Senate was being evacuated.

House Appropriations Committee Chair Rosa DeLauro (D-Conn.) said her view is that the Capitol Police Board — the four-member entity that oversees day-to-day Capitol security and includes the chief, the sergeants-at-arms and the architect of the Capitol — failed on Jan. 6 and has shown itself to be obsolete.

“It’s like your appendix. It’s just there. It doesn’t have any real function,” DeLauro said.

DeLauro also pressed Pittman for an update on the investigations into 35 officers for alleged misconduct on Jan. 6. Pittman said they’re still ongoing, though they typically last 60 to 90 days. Pittman also committed to reporting the results out once they were reached.

Where can I trade dogecoin? | City & Business |…