Bush to Clyburn: Without Biden endorsement, ‘we would not be having this transfer of power’ 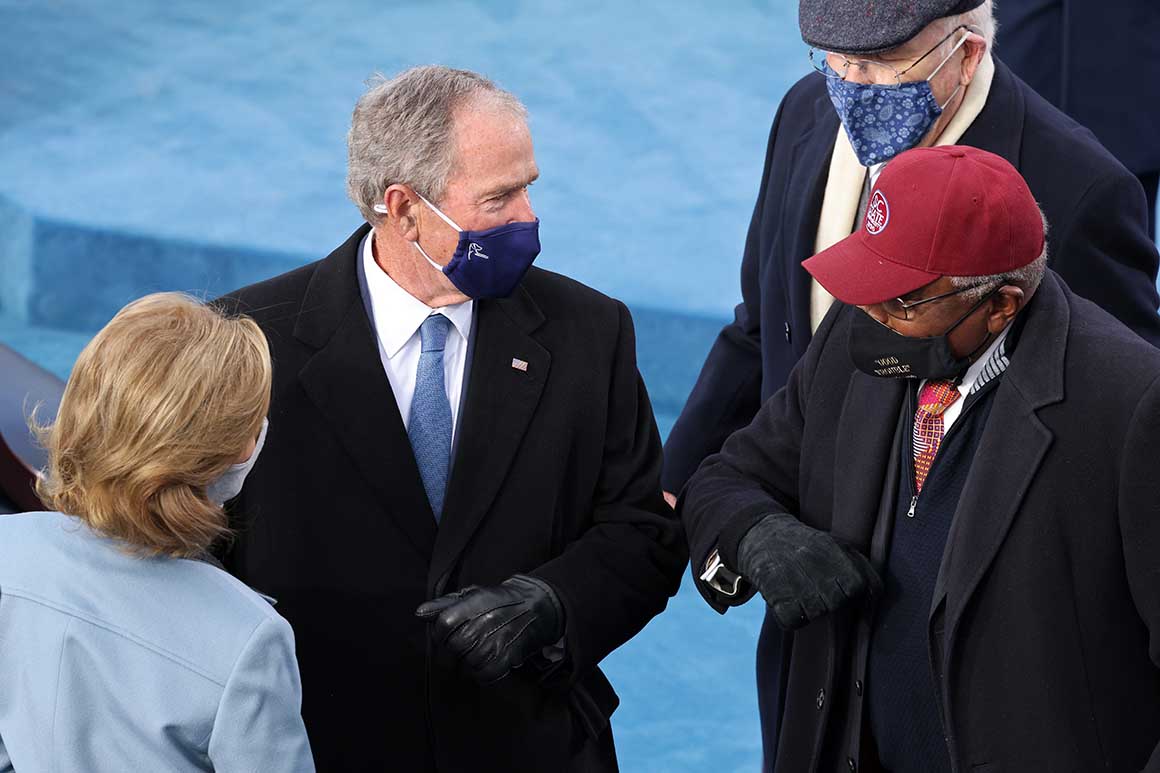 Former President George W. Bush called Rep. Jim Clyburn “the savior” for supporting now-President Joe Biden in the thick of a Democratic primary in which Biden was struggling to separate himself, Clyburn said in a call with reporters Wednesday.

Clyburn, House Majority Whip and the highest ranking Black member of Congress, endorsed Biden just ahead of the South Carolina Democratic primary, before which Biden was reeling. After that endorsement, Biden won South Carolina resoundingly and went on to win the Democratic nomination. Clyburn is highly influential in South Carolina politics, especially among Black voters.

Clyburn said he talked a lot with Bush at Biden’s inauguration Wednesday and that they have always “joked around with each other.”