After Capitol riot, Congress eyes bipartisan reform of its own protectors 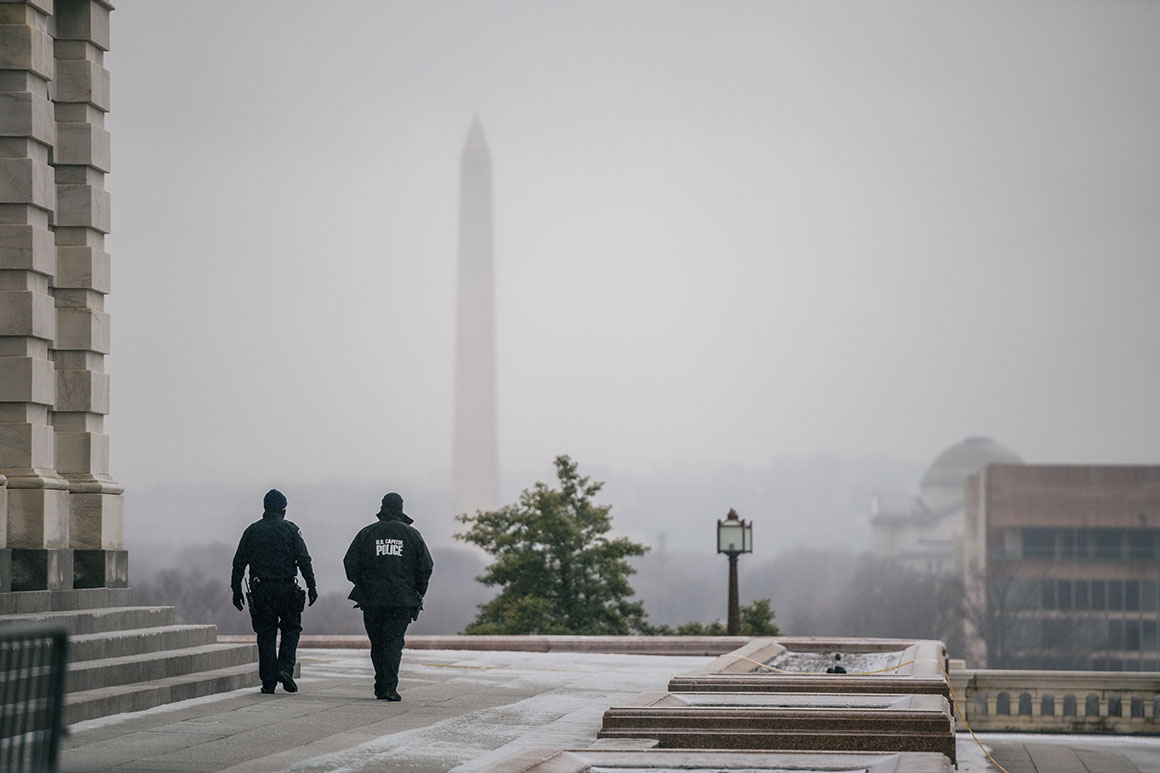 “I think it’s the most obvious obstacle to securing the Capitol at a time whenever there’s an immediate problem — or, frankly, even in preparation for what might be a problem,” said Missouri Sen. Roy Blunt, the top Republican on the Senate Rules Committee, one of two panels investigating the security breakdowns on Jan. 6.

Blunt said the board is “designed not to function at all in a crisis” like the one he and his fellow lawmakers experienced firsthand on Jan. 6. Yet the further in the rearview the riot gets, the trickier it may be for Blunt to keep sustained pressure on congressional leaders to remake the 138-year-old board, which gives those same leaders outsized control over security matters.

Sen. Amy Klobuchar (D-Minn.), who chairs the Rules panel, said that reforming the Capitol Police Board will be “one of the top recommendations” in her committee’s joint report with the Senate Homeland Security and Governmental Affairs Committee, which is due out by the end of April.

Before Jan. 6, the board’s byzantine operations were a fixture of the Hill’s bureaucracy. Its members answer to appropriators who determine the Capitol Police budget and to an inspector general who’s not independent from the board. While it caused occasional headaches for lawmakers, the board rarely captured the focused attention of congressional leadership.

After the insurrection, lawmakers have learned a lot about the clunky system that sputtered while a mob overtook the building. Then-Capitol Police Chief Steven Sund made a flurry of calls to then-House Sergeant-at-arms Paul Irving and then-Senate Sergeant-at-arms Michael Stenger during the riot, and the three struggled to get on the same page about whether to urgently request National Guard assistance.

Their challenges reaching each other crystallized in a still-lingering dispute over the timing of their phone calls and whether the concentration of power in the three board members contributed to the delay in getting support for a Capitol under attack. Sund has since said he regrets resigning. (Irving and Stenger also stepped down after the insurrection.)

In the wake of the insurrection, it’s unlikely that the police board will keep operating below the political radar. Speaker Nancy Pelosi’s proposal for an independent, outside review of the attack has stalled amid GOP resistance, but both parties seem prepared to make significant changes to the board’s structure.

Still, the last time Blunt tried to make changes to the Capitol Police Board — after a 2017 watchdog report faulted its organizational structure — he ran into resistance from congressional leaders. Top members of both parties have favored the current structure of the board because they have the power to appoint its members.

Blunt, who recently announced he is leaving Congress after 2022, added that he has yet to figure out whether the Senate majority leader and the House speaker, who each appoint one of the police board members, want to maintain the current setup.

A spokesperson for Senate Majority Leader Chuck Schumer declined to weigh in, only saying that the New York Democrat is “looking forward to reviewing” the recommendations of the committees investigating the riot.

Drew Hammill, a Pelosi spokesperson, noted that there was bipartisan agreement that the board needs to be reformed. A report on Capitol security that Pelosi ordered earlier this year recommends changing the way the board works during crises, Hammill observed.

“The Capitol Police Board’s deliberate decision-making process proved too slow and cumbersome to respond to the crisis in January, delaying requests for critical supplemental resources,” wrote retired Lt. Gen. Russel Honoré in his report for Pelosi. He added that the Capitol Police chief should be able to request National Guard backup without prior approval by the board “in extraordinary or emergency circumstances.”

Senate Homeland Security Chair Gary Peters (D-Mich.) said that while he and his GOP counterparts have “found a number of areas where there is that kind of agreement,” he didn’t want to telegraph specific recommendations while the committees are still conducting their probe.

The weeks following the insurrection have only underlined the police board’s lack of public communication about the important job it performs in safeguarding a Congress facing unique threats in recent years. Acting Capitol Police Chief Yogananda Pittman recently requested an extension of the National Guard deployment at the Capitol, but suggested the same day that the entire board had not yet signed off on her request.

The board has also faced questions about its near-total silence in the aftermath of the Jan. 6 attack. Pittman pointedly refused to commit to holding press briefings when questioned by lawmakers during a budget hearing in February, contending that her department’s resources were better focused elsewhere.

The agency’s silence has largely persisted into the spring, prompting top House appropriators to slam the Capitol Police Board on Monday.

“[W]e write today to express frustration with your unwillingness to release information to the public or answer media questions regarding the events of January 6th,” Reps. Tim Ryan (D-Ohio) and Jaime Herrera Beutler (R-Wash.) wrote in a letter to the board. “Restoring security at our nation’s Capital in a sustainable manner therefore requires more than just increased equipment and personnel; it means publicly acknowledging the critical deficiencies that existed.”

Even as lawmakers vent their frustrations with the police board, the Capitol Police chief — a non-voting member under its control — has asked for a $70 million annual increase to its budget to add nearly 1,000 new officers and respond to what they say is a growing threat environment. The House and Senate are also considering passing a supplemental spending bill to fund enhanced security measures for lawmakers.

In the meantime, investigating committees are reviewing more than 14,000 hours of security camera footage from Jan. 6 that was provided by Capitol Police officials. The disclosure was first revealed in a court filing Monday night.

Prosecutors charging hundreds of people who breached the Capitol are also working to navigate the police board’s strict control of that footage, which is central to dozens of criminal cases against alleged rioters.

In a recent court filing, prosecutors with the U.S. attorney’s office in Washington, D.C. asked a judge to file three Capitol security videos under seal — preventing public viewing — because the Capitol Police had warned that disclosing security footage might tip off terrorists to the location of key congressional offices and cameras. The footage is part of the government’s case against Nathaniel Degrave, charged with assaulting police on Jan. 6.

But the chief federal judge in Washington, D.C., Beryl Howell, has already ordered the public release of five Capitol security camera videos that were used to detrain Emanuel Jackson, charged with assaulting multiple police officers with a metal bat on Jan. 6.

Though the police board is an obvious culprit for the numerous failures that contributed to the Jan. 6 assault, any effort to address what went wrong is unlikely to end there.

Senate hearings have also pointed to the Pentagon’s failures to react quickly to an urgent request for National Guard assistance. And lawmakers have worried that federal intelligence-collection efforts fell short of issuing clear pre-insurrection warnings despite planning by militia groups to breach the Capitol.

Terrance Gainer, who served as the Senate sergeant-at-arms from 2007 to 2014, said those conflicting factors makes it difficult to pin the Jan. 6 failures solely on the police board.

Gainer, who served on Honoré’s task force, said the Capitol Police needs a way to summon the National Guard more efficiently and better ways to process intelligence. But he credited the police board with allowing the House and Senate — which have vastly different security needs — to exert control over their own chambers.

“I don’t think that fits the model of having an independent House and independent Senate.”

Nicholas Wu contributed to this report.

Most Stylish and Comfortable Walking Shoes 2021