'A seldom seen niece': Trump fires back at Mary Trump over tell-all book 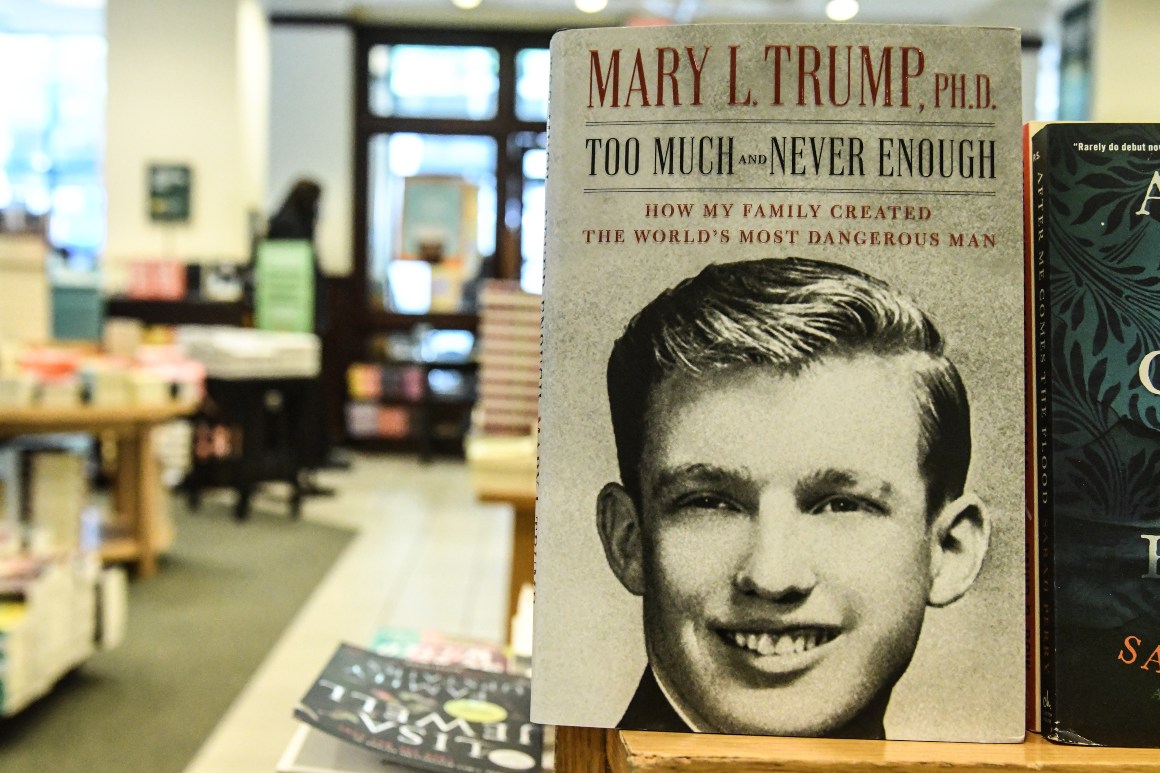 President Donald Trump on Friday broke his silence on a tell-all book that dives into the president’s upbringing and family life, distancing himself from his author niece and calling her a "mess."

"Mary Trump, a seldom seen niece who knows little about me, says untruthful things about my wonderful parents (who couldn’t stand her!) and me, and violated her NDA," Trump wrote on Twitter. "She’s a mess! Many books have been written about me, some good, some bad. Both happily and sadly, there will be more to come!"

The book by Mary Trump, daughter of the president’s late older brother, Fred Trump, Jr., is an unflattering portrayal of a president the author alleges is a serial liar suffering from multiple psychological disorders as a result of a fraught relationship with his parents.

During an interview with MSNBC’s Rachel Maddow on Thursday, Mary Trump also said that she had heard the president and other members of their family use anti-Semitic language and a derogatory slur on Black people.

Mary Trump’s book is not the first damning account of the president, but its unique perspective from inside the family has propelled its popularity and intrigue. "Too Much and Never Enough: How My Family Created the World’s Most Dangerous Man" is currently No. 1 on Amazon’s bestseller list, selling more than 950,000 copies on its first day of release.

The Trump administration has denied the accounts in the book on the president’s behalf, with White House Press Secretary Kayleigh McEnany characterizing it as a work of opportunistic fiction, asserting that the president maintained a healthy relationship with his parents.

“It’s a book of falsehoods, and that‘s about it,“ McEnany said last week. “It‘s ridiculous, absurd allegations that has absolutely no bearing in truth.“

The Trump family tried to sue to stop the book’s release, citing a family financial agreement from 2001 as grounds to halt Mary Trump and her publisher, Simon & Schuster, from publishing or discussing the book. But New York state courts ruled that the publishing house was free to release the book, which it did earlier this week, and that Mary Trump could discuss and publicize her work.

Trump also went after his former National Security Adviser John Bolton, who had written his own tell-all account of his time in the White House. Bolton’s highly anticipated book, released in June, alleged Trump committed numerous acts of presidential misconduct including offering favors to foreign heads of government and requesting Chinese help in his reelection.

The president had previously attacked Bolton in the wake of his book, calling him "stupid" and a "guy with no heart."