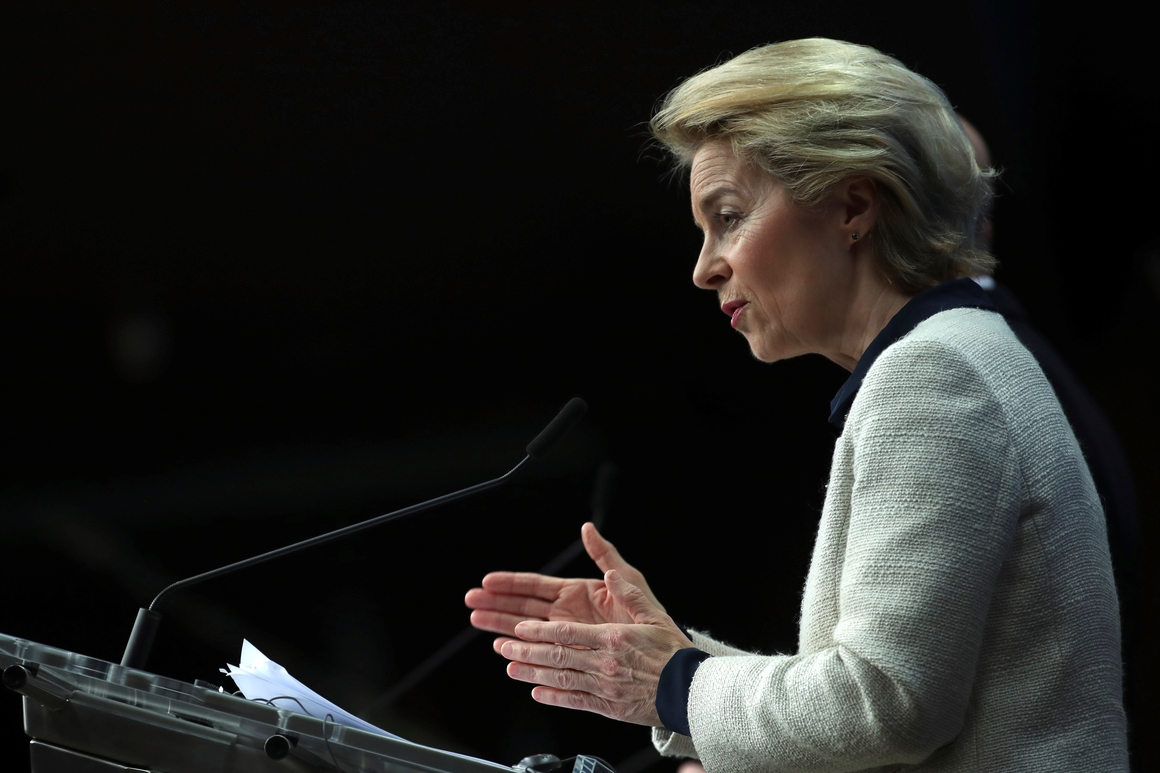 The real negotiations have begun.

European leaders are working the phones and crisscrossing the Continent ahead of a summit July 17-18 in an attempt to build a consensus on the bloc’s budget and recovery plans. Most leaders have expressed a commitment to attempting to reach an agreement this summer.

The European Commission proposed creating a seven-year EU budget of €1.1 trillion and borrowing money on the financial markets for a €750 billion recovery fund that would issue both grants and loans to countries, but those proposals contain a huge number of details to agree.

Council lawyers threw another potential spanner in the works in a legal opinion presented to ambassadors in June, which raised concerns about details of how the recovery money can legally be spent. At the same time, some frugal states have begun pushing for countries they say are violating rule of law standards to get less funding.

Here are five issues that are already causing problems.

Five countries — Austria, Denmark, Finland, the Netherlands and Sweden — are pushing for a lower level of spending, and in particular a reduced sum for grants in the Recovery Instrument.

“You need a combination of smaller size, more loans and some rebates to make the overall deal acceptable," said one official from a Northern country.

But with Berlin and Paris formally committed to a recovery fund that includes €500 billion in grants, some officials say a deal could mean finding savings elsewhere. European Council President Charles Michel floated the idea of maintaining the recovery funding proposal at €750 billion but slightly reducing the core EU budget in a meeting with EU ambassadors on Wednesday, as a gesture to the frugals.

The push to cut the traditional EU budget could alienate countries in Central and Eastern Europe. “This might be one possibility, but, as far as we are concerned, it is not an option for us,” said one diplomat from an Eastern member country, adding that a smaller recovery fund is "possibly" acceptable as part of a broader package.

The Commission would like to allocate money from the planned €750 billion fund between 2021 and 2024. But frugal countries have been pushing for a Recovery Instrument that would only run for two years — a position shared by Germany and France.

That then raises questions, though, about the feasibility of allocating €500 billion in grants over a two-year time frame.

National governments need to submit detailed investment plans and win approval from the bloc before money can be allocated — a challenging process for some bureaucracies. Some diplomats say that if the lifetime of the fund is shrunk from the planned four years to two, a number of capitals will simply not have sufficient time and the EU would end up not raising the full €500 billion. They also say that in order to implement reforms and long-term investments, more than two years are needed.

Some Northern countries are insisting that access to recovery funding should be contingent upon implementing concrete reforms.

“We are convinced that any European recovery package can only be successful if any country receiving money takes the measures necessary both to make the economy competitive and to make public finances sustainable," Dutch Foreign Minister Stef Blok told reporters following talks with his Italian counterparts.

The Commission has proposed linking the funding to the European Semester process under which it advises countries on reforms, with capitals required to show in their recovery plans how they will address advice from Brussels. But the details and degree of flexibility in the implementation of reforms are open questions in the negotiation.

The Commission’s proposal to distribute €310 billion of recovery funding based on a formula that would take into account unemployment between 2015 and 2019 has sparked controversy in capitals from Dublin to Budapest.

Some Western governments are saying criteria should better reflect the impact of the coronavirus crisis (an argument that may be buoyed by the arguments put forward by the Council lawyers), while Eastern leaders are worried that wealthier Southern states would benefit from the formula’s design.

The approach is “completely wrong,” said one diplomat, adding that “too much money" under the Commission’s plan is going to countries less affected by the crisis. “Is this a corona fund or an ATM?" the diplomat quipped.

Michel proposed using the Commission’s proposed criteria in the early years of the recovery plan, and then distributing remaining funds based on the drop in GDP per capita since the beginning of the crisis, during the meeting with ambassadors.

The European Parliament and a large coalition of countries are pushing for new sources of income to help ease pressure on the size of contributions into the budget, so-called own resources.

But diplomats say that when it comes to the budget starting in 2021, only two new income streams based on nonrecycled plastic packaging waste and the Emissions Trading System have a chance of approval. And even this approach is controversial: Germany, Poland, the Czech Republic, Bulgaria, Romania and Estonia all oppose using revenues linked to the ETS.

One possible compromise is that one or two new own resources would be approved but that leaders will commit to continue negotiating about other possible new flows of cash over the coming years.